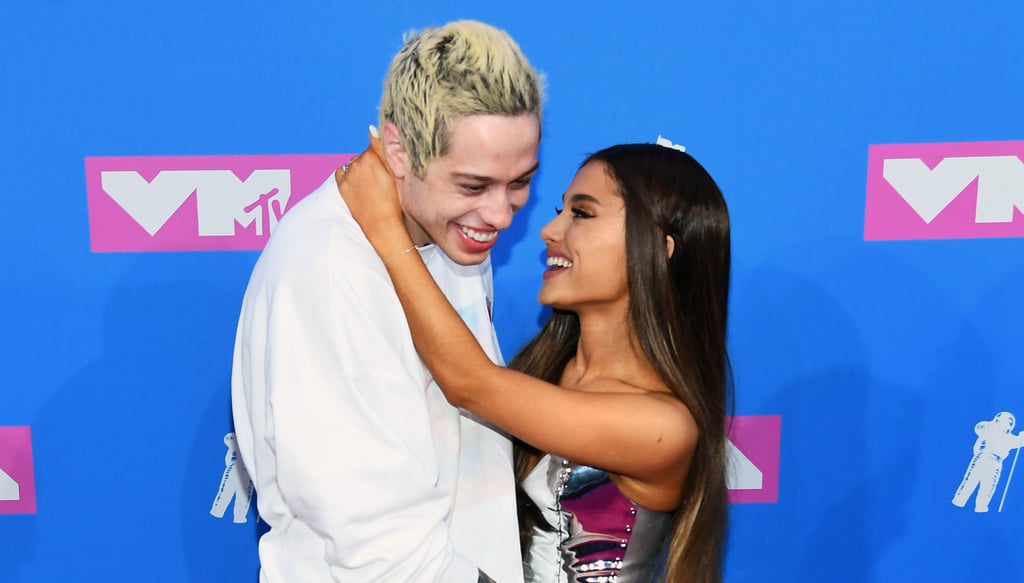 Pete Davidson sure does have a way with words. After he and fiancée Ariana Grande made their red carpet debut as an engaged couple at the MTV VMAs, the smitten lovebirds made their way to Auburn University, where Pete did a Q&A session and made a rather, er, interesting comment about being with Ariana.

One of the college students in the crowd asked the 24-year-old comedian what it's like being engaged to the "Sweetener" singer, which caused the room to erupt into some cheers. Pete responded oh-so-romantically, saying, "It's like what you would think it was like, but a hundred times sicker. It's f*cking lit. I'm a very, very lucky boy and very, very loved and I'm very lucky." Besides his excessive use of "like" and "very," that answer was relatively adorable, but then he quickly took things from innocent to NSFW, adding, "And my dick's forever hard." Welp, he went there.

Apparently his comment didn't phase Ariana, who shared a snap with her husband-to-be on Instagram Stories later that evening, writing, "Bae was funny as f*ck and brilliant today as always." The gal's nothing if not wildly supportive of her man and his sense of humour. Read on to see more of Pete and Ariana's Auburn visit.