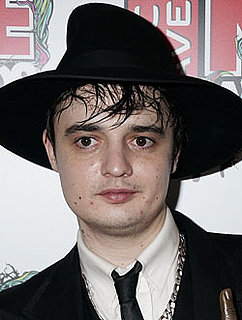 While flying to Geneva, Switzerland at the weekend, Pete Doherty was allegedly discovered slumped in a plane bathroom, which led to him being detained on arrival by police. A hypodermic needle was also apparently found on board. The Swiss police arrested Pete, but allowed him to play the show that he was in the country to perform.

“We were contacted by the captain of a BA flight and a passenger was controlled by police. He was charged — but I cannot say what with. He paid a fine and was allowed to go.”

Pete had previously said that he had quit drugs, following a number of arrests in the UK which led to him being jailed for 29 days after her breached a probation order.