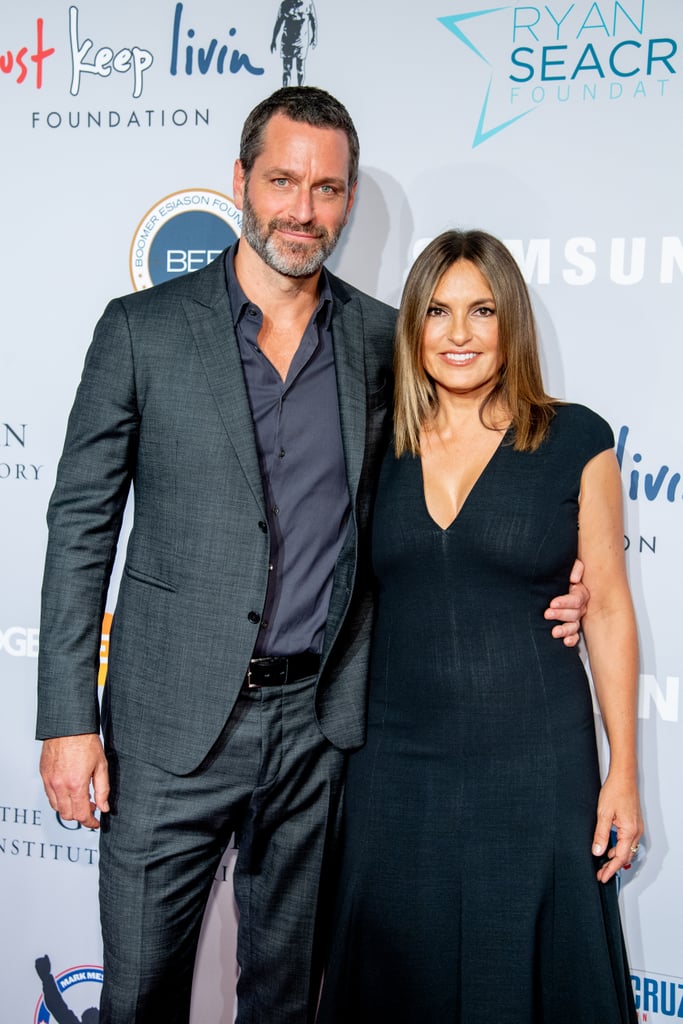 Peter Hermann and Mariska Hargitay looked stunning when they attended the Samsung charity gala in NYC on Thursday night. The pair — who celebrated their 14th wedding anniversary last month — were all smiles as they posed for pictures on the red carpet, and Peter was ever the gentleman as he lovingly wrapped his arm around his wife.

Peter and Mariska first met on the set of Law & Order: SVU, and they tied the knot in Santa Barbara, CA, in August 2004. They are also parents to three beautiful children, sons August and Andrew and daughter Amaya. Back in March, Peter opened up about the secret to their long-lasting marriage. "We're all just working through it. Whether it's a relationship that exists in the public eye to some degree or doesn't," Peter told ET. "Our son plays basketball and his coach says, 'Fundamentals, fundamentals, fundamentals,' and I think when it comes to relationships, the fundamentals, in the end, are not that complicated."