Having enjoyed a night off together last week, Guy Ritchie, Robert Downey Jr and Jude Law were back to work today, filming scenes for Sherlock Holmes in Manchester. Guy looked surprisingly happy and relaxed, given that new rumours about his relationship with Madonna are surfacing so frequently; perhaps he's relieved to be free of the "behaviour contract" he reportedly signed with Madonna in an attempt to save their relationship. Robert, meanwhile, has been signing contracts of his own, agreeing to a four-picture deal with Marvel. Surely that warrants a smile? 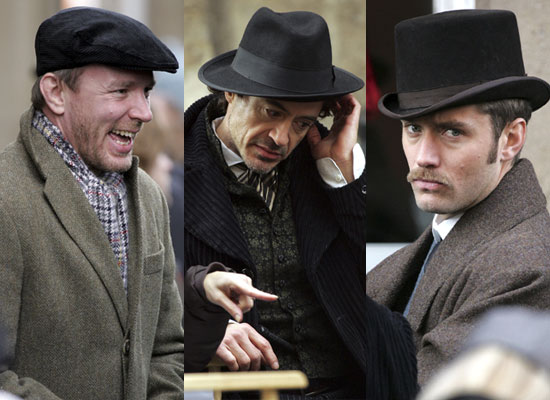