Robert Pattinson and Kristen Stewart looked suitably ghoulish at the UK Premiere of Twilight in London's West End last night. The stars of the film were joined by the Britannia High kids and other British celebs on the red carpet, as well as huge numbers of teenage fans. Robert is building a big lead as your favourite British export of 2008, so he's got plenty to celebrate this festive season. Twilight is released nationwide on 19 Dec., and will by vying for the top spot with lots of other movies this month. Take my slideshow poll and tell me which films you'll see and which you'll skip. 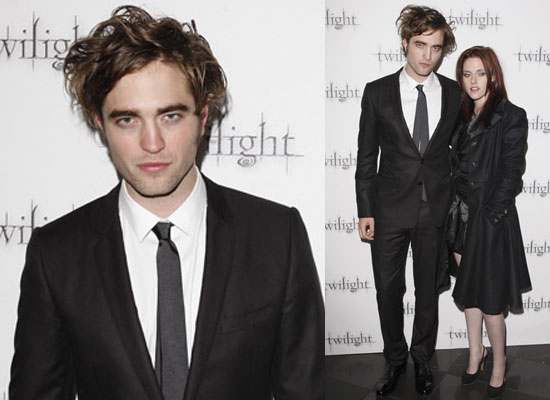