Guy Ritchie was joined by his Sherlock Holmes pals Robert Downey Jr and Jude Law (and Jude's sexy? moustache) at Sam Taylor-Wood's new exhibition Yes I No at London's White Cube Gallery last night. His rumoured new squeeze, Kelly Reilly, was nowhere to be seen, and Guy kept tight lipped about the rumours surrounding his divorce from Madonna. Sam's certainly a hunk magnet, also attracting Hugh Grant to the private view: he was full of smiles, so it looks like last night was free of any of those "creative differences" that led him to pull out of Lost for Words this week. Donna Air was among the women enjoying the art: FabUK shows you how to steal her style. 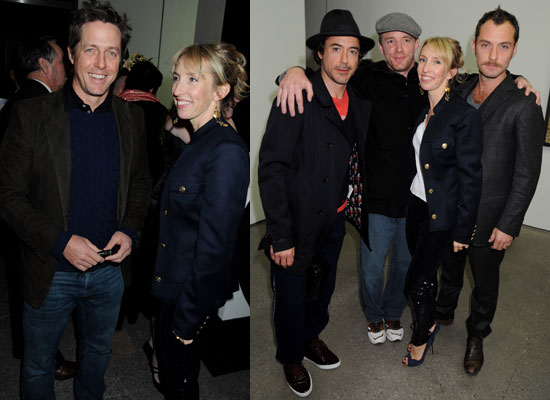