Jamie Campbell Bower was in Spain over the weekend for a New Moon preview at the 2009 Sitges Film Festival. British up-and-coming actor Jamie plays Volturi leader Caius in the second film of the Twilight saga, and he's got the whole hand-through-big-hair actions down pat just like his Brit costar Robert Pattinson, who was busy with Kristen Stewart in Vancouver over the weekend taking a break from filming Eclipse. Jamie and Robert also have Harry Potter in common, as Jamie plays Gellert Grindlewald in Harry Potter and the Deathly Hallows. 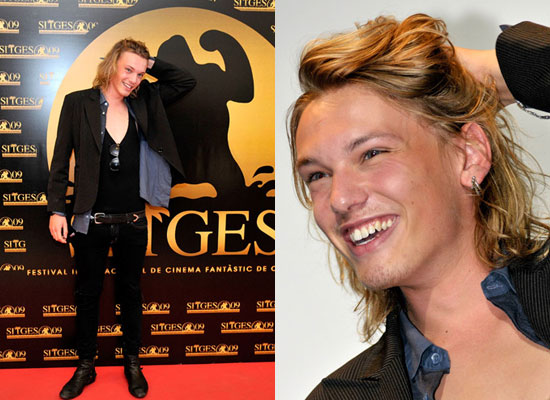 To see more pictures of Jamie at the festival, just read more.