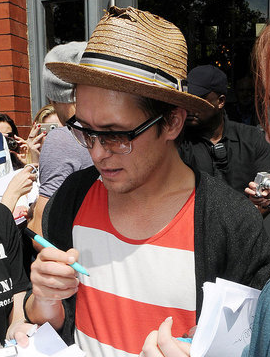 Mark Owen entered a rehab facility after his shock confession last week that he'd cheated on his wife and that he struggled with a drink problem. His publicist confirmed that he'd entered a private facility on Friday.

Meanwhile his wife Emma has reportedly decided to take him back for the sake of their two young children Elwood and Willow Rose. She's removed her wedding ring since news of Mark's affairs broke last week, but is apparently willing to work on their relationship.

Mark has said he is staying in rehab indefinitely until he has worked through his problems. This weekend the news broke that Howard Donald cheated on his girlfriend with a married Dutch fan. The rest of Take That are recording new material with ex-bandmate Robbie Williams at the moment in Wiltshire, and Mark's vocals will be added later.