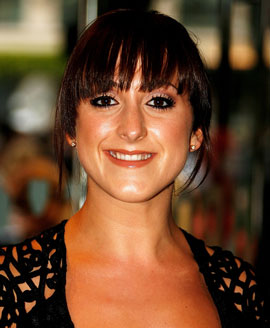 Natalie Cassidy was eliminated from Strictly Come Dancing last night along with her partner Vincent Simone. Ricky Whittle was the other celeb in the dance off last night, after causing controversy on Friday when he was arrested and bailed over an alleged assault.

The incident — that involved his car and a male photographer — wasn't mentioned on the show, but the judges noted that his performance wasn't as polished as usual — he was favourite to win the competition before his low score last night — 31 out of 40.

Another celeb will have to leave next week, but who are you supporting on the show?