We saw Robbie Williams out in Sydney yesterday as he prepared to do a small gig in the city, and today he's been walking the red carpet at the ARIAs. The awards ceremony is the Australian equivalent of the Brit Awards, and Robbie's performing at the event. Also attending and posing on the red carpet was Sia, Bindi Irwin, Keith Urban, Daniel Merriweather and Kate Richie. Robbie said he was feeling calm and relaxed before his performance of "Bodies", but he won't be celebrating at the afterparty. Rob says he'll be going back to the hotel and catching up on episodes of I'm A Celebrity Get Me Out Of Here! 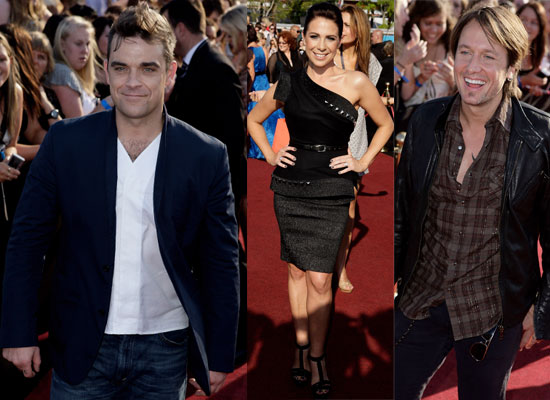