Aaron Johnson and Sam Taylor-Wood were full of smiles as they left Locanda Locatelli in London, after having dinner with Kick-Ass writer Jane Goldman over the Easter weekend. The award winning rising star took advantage of some downtime during his hectic promotional schedule for his current films. His latest film Chatroom (due to hit the festival circuit) is a thriller about a group of badly behaved teens, including Skins' Hannah Murray. In an interview with Fear Net Aaron said it was "good fun just to work with so many great people", and revealed his character is a "selfish, depressed rich kid, who's self-harming and kind of goes online to create different personalities and personas to get friends, and ends up manipulating them into committing suicide." Are you looking forward to seeing Aaron in more roles? 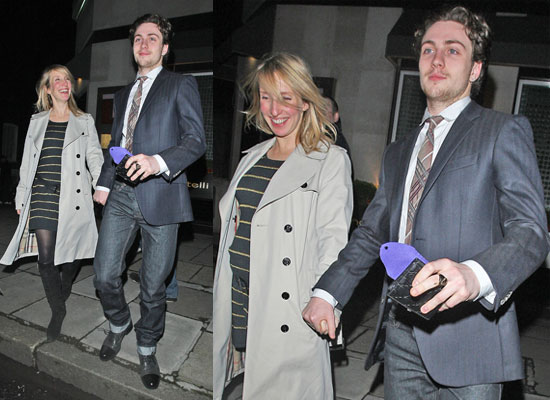