Aaron Johnson and Christopher Mintz-Plasse were in Manchester yesterday for a preview screening of Kick-Ass alongside Aaron's fiancee Sam Taylor Wood. Both stars have admitted that if they could have played anyone else in the movie it would be Hit Girl, played by 11-year-old Chloe Moretz. As you've seen from the trailer, Aaron and Christopher aren't that convincing as self-made superheroes, whereas Chloe definitely lives up to her name! The movie, scribed by Jonathan Ross's wife Jane Goldman comes out this weekend! 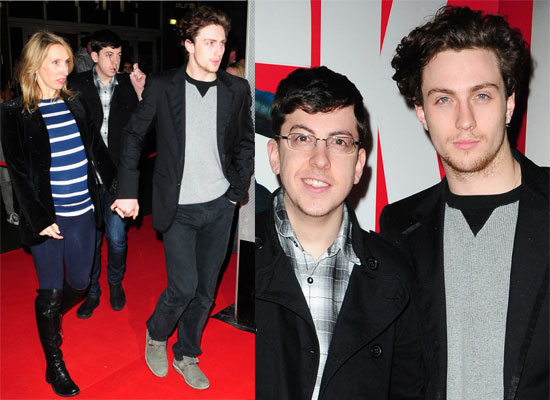 To watch an interview with Aaron from yesterday where he talks about getting his ass kicked on set, just read more.