Leicester Square played host to the premiere of Bedtime Stories last night, with the cast including Adam Sandler, Keri Russell and our very own Russell Brand walking the red carpet. Mutya Buena and Gail Porter brought their kids along to the event, and the stars, including Russell, posed with some children who were lucky enough to get invited to the screening. Diana Vickers is living it up since her tears as she was voted out of the competition at The X Factor semi-final last week, and she looked stunning in her red dress ahead of tomorrow's final. Hmm, I wonder if she'll be supporting JLS, Alexandra Burke or Eoghan Quigg? Simon Cowell's obviously convinced it will be Eoghan, having said that he and Diana are "just two young kids in love...". Bless. 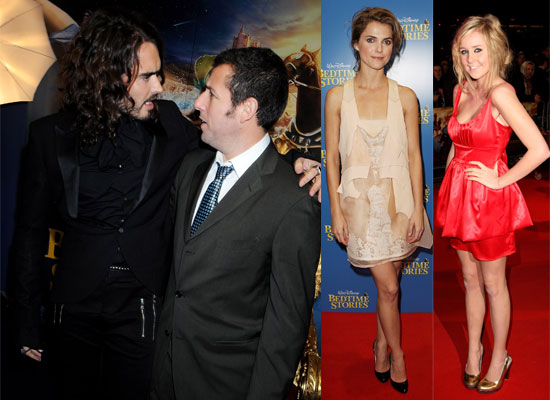