Agyness Deyn and Albert Hammond Jr were out and about in New York earlier this week, in some warm but not so fashionable outfits, with their requisite coffees close at hand. Agyness has been speaking out about her job lately, and — despite mostly being shacked up in NY and away from our shores in 2008 — last week Agyness won BBC Three's award for Most Annoying Celebrity of 2008, coming in ahead of people like Kerry Katona and Peaches Geldof. Do you think Agyness is deserving of this title? 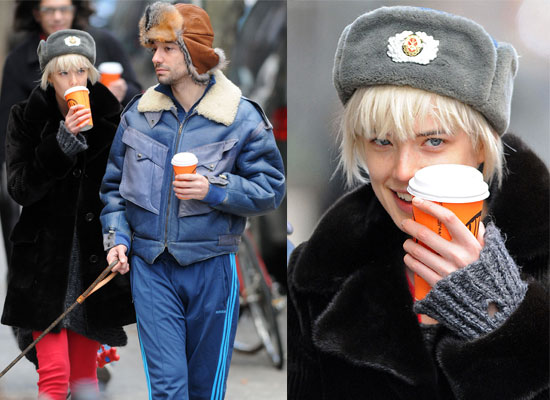