Agyness Deyn may have been beaten to the Model Of The Year trophy at the British Fashion Awards last night by the equally beautiful Jourdan Dunn, but she was in New York the hometown of her man Albert Hammond Jr hailing a cab and showing she's still got the look. We recently saw her in Dubai, partying it up with Albert, Lily Allen and Kylie Minogue, and she recently revealed that she and Lily were both strip searched after landing in the country, saying, “It was really traumatic. It wasn’t the best experience in the world, but it is their culture and you just have to respect it.” With all the travelling she does, I'm sure this isn't the first airport nightmare she's had. 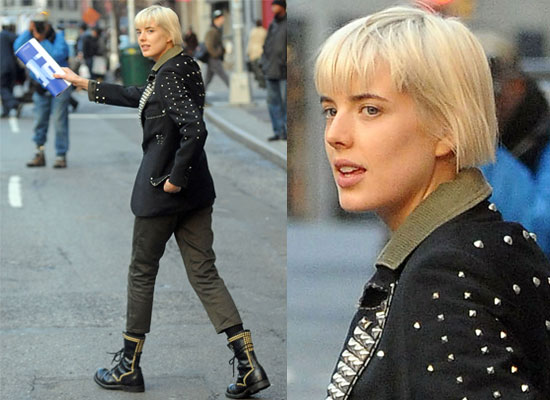