Agyness Deyn dropped by Radio 1 last night with good buddy Henry Holland to appear on Nick Grimshaw's show. She almost got lost on the way back from the loo, but managed to make it onto the show. Henry talked about presenting the Elle Style Awards, and how the Olsen twins gave him some words of support before he started. Agy said he looked like he was scared and on his best behaviour all evening. You can listen to Agyness, Henry and Nick giggle their way through the interview! 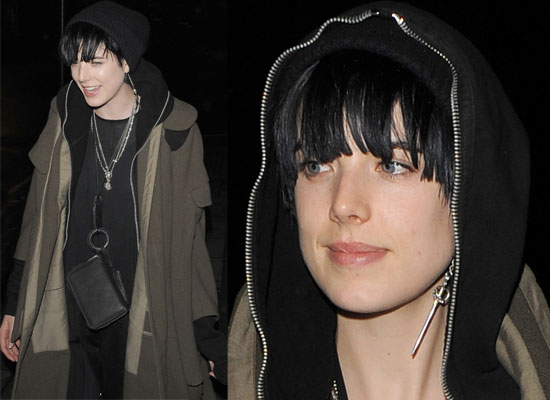