Agyness Deyn cut a forlorn figure as she strolled around New York City yesterday, as reports suggest the model has split from her rocker Albert Hammond Jr. Apparently it was a mutual decision and the pair want to stay friends, so it sounds like it's amicable. New York Magazine published a relationship obituary reporting the news, and also claimed the couple were never engaged. Let's hope that smoothie and bag of Agent Provocateur goodies helps cheer up Agy. 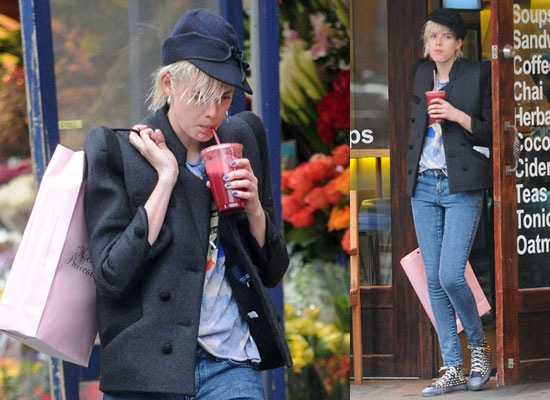