Alexa Chung was out in London last night at the Atelier Moët launch, where she played another gig as a DJ alongside fellow record spinners Jefferson Hack and Giles Deacon for guests like Kris Marshall and Peaches Geldof. Alexa also has a column in The Independent as their "Girl About Town", she speaks about her fluid job titles and her life in general, here's an extract: 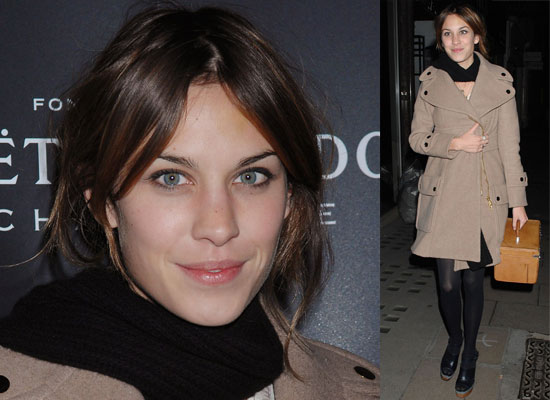 The morning after DJing, which ended up being incredibly good fun, the beyond-irritating beeps of my BlackBerry alarm woke me from my slumbers and prompted a sulky stroll to the bathroom. The Maker's Mark whiskey with which I had liberally doused my throat the previous night finally took its toll a bit later as I attempted to mount a horse while dressed, somewhat ironically, as a damsel in distress.

I'd love to know what you think about Alexa's column, take a look and let me know!