Stylish twosome Alexa Chung and Daisy Lowe attended a launch party held by Daisy's mum Pearl in London last night. Daisy wore an attention-grabbing black and white dress masquerading as underwear under a pvc coat — she should start getting used to all eyes being on her as she's just landed her very own show for MTV. She said, "A lot of people don’t understand who I am just looking at photos of me, but they’ll get a better idea of what I’m about with this show." Meanwhile, Alexa's the current cover star of Harper's Bazaar — check out the beautiful image with FabUK — and had a couple of things to say about her future: 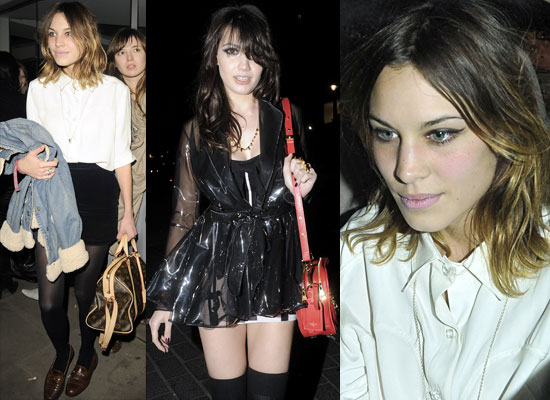 You can read the whole interview in this month's Harper's Bazaar.