Alexa Chung is settling into her new home city of New York at the moment, and at the weekend she attended a Mulberry book launch party in the city. In her newspaper column last week she talked about the 23rd floor office she's been given by MTV, her new favourite New York night spots — where she occasionally encourages others to limbo — and the fact her friend Tennessee Thomas is leaving the city next week and she's going to have to get a TV to keep herself entertained. I'm sure she'll have plenty of invites pouring in, although perhaps — as her new TV show is starting in a month — she should catch up with some American programmes! 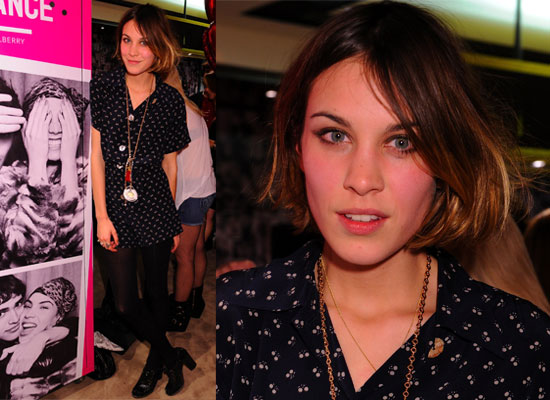