Alexa Chung wore a cute top as she made her way around New York City yesterday. Take my quiz to see if you can identify other celebs by their t-shirts! Alexa's been having fun partying in NYC and fooling around with guests on her show It's On With Alexa Chung. When Trinny and Susannah appeared on the show, Alexa got a good going over from the style gurus — check out video footage after the jump. Alexa's a hit Stateside, and with ratings tripling since her debut in May, it's no wonder MTV have commissioned a second series. 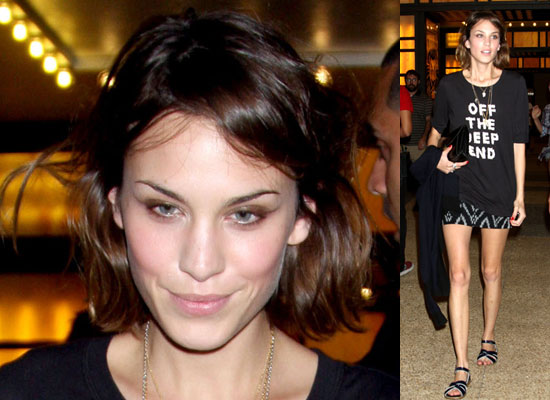 To see the moment when Trinny gets her hands on Alexa, just read more.