Alexa Chung is enjoying success on the other side of the pond, interviewing big name stars on a daily basis as host of It's On With Alexa Chung on US MTV, which is on its second series! She left the studios in New York last night looking adorable in her checked dress, flats and satchel and chatting on her phone as she stopped for photographers. On today's show she tweeted that she has Billy Ray Cyrus, and familiar faces the Arctic Monkeys stopping by. Do you think Alexa and her man Alex Turner will engage in some onscreen flirting? 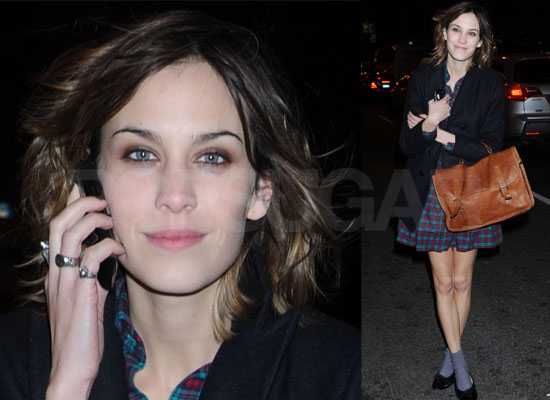