X Factor pals Alexandra Burke and Ruth Lorenzo swapped their warm jumpers at Heathrow Airport for bikinis and cute coverups on the beach in Mauritius. The flat-mates have been splashing about in the sea, taking pedalo rides and sipping on cocktails during their holiday. Alex looks like she hasn't a care in the world, even though reports suggest Rihanna banned Alex from an after-party following Chris Brown's O2 gig earlier this month. Lady GaGa has also had a dig at Alex, saying: "If you win a TV show and you have a hit record you sort of have a false understanding of what it means to earn success. The shows are set up for a winner — for someone to win. Whereas with someone like me, who writes my own songs, you have to set yourself up to win". At least Alex has Ruth plus the Mauritius sun on her side. 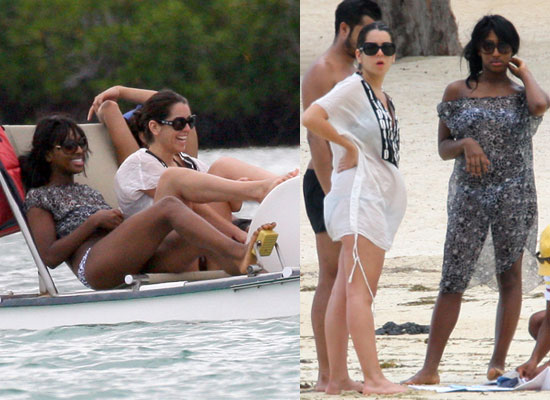