Alexandra Burke and her fellow X Factor contestant and flat mate Ruth Lorenzo were full of smiles at Heathrow Airport yesterday, as they escaped the cold British weather for a holiday in Mauritius. With her career going from strength to strength, with "Hallelujah" still flying high at number one for another week, Alex has decided to focus on work rather than men, telling Closer magazine: "I've never found anyone good enough for me. I always get backstabbed by my exes, so now I don't want a man for as long as possible. I won't be dating anyone for the next year if I can help it. It won't be difficult not having a boyfriend as relationships suck." Sounds like a girly holiday is just what's in order, before Alex continues to be one to watch in 2009. 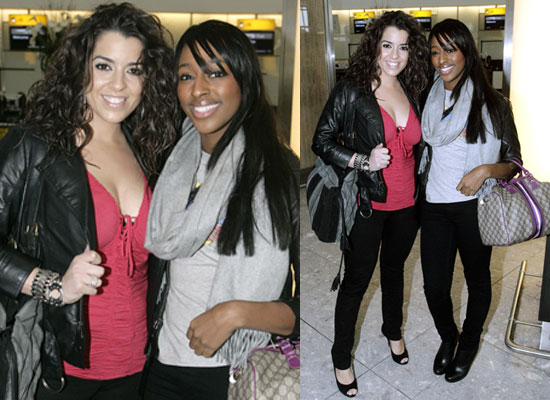