London Fashion Week comes to a triumphant close today, and yesterday the shows and parties were still in full swing with fashion folk mingling with celebs all over the city! American Vogue editor Anna Wintour was seated next to Alexa Chung at the twenty8twelve show last night, and they seemed to share a laugh — do you think Alexa will be a future Vogue US cover star? Pixie Geldof sat on the other side of Alexa for the show, designed by Savannah and Sienna Miller, who had flown over from her starring role on Broadway to see the collection's London debut. My girl FabUK also caught up with Alexa as well as Leigh Lezark, so keep your eyes peeled for all the goss from her! 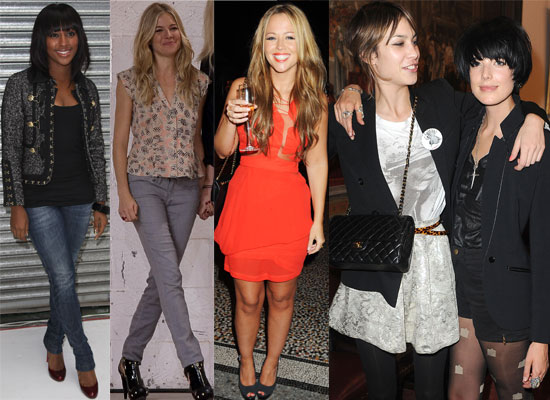 Kimberley Walsh was looking stunning in red last night at the 30 Days of Fashion party with bandmate Nicola Roberts, and I also spied her later at the Temperley party at Sketch. What a packed and exciting day!

British Celebrities
Paloma Faith Celebrates the Birth of Her Daughter: "It's Worth It to See and Meet the New Little Cherub"
by Navi Ahluwalia 22/2/21