The stars were in great spirits following the BAFTA awards last night, as they went for dinner at Grosvenor House Hotel and then partied at Soho House! The winners, including Carey Mulligan, Colin Firth and Kathryn Bigelow, posed with their awards, and Carey and Claire Danes were among the stars that stopped to sign autographs for the waiting fans outside. Bonnie Wright and Jamie Campbell Bower had a fun time, playing games and making faces as they sipped on their drinks, Aaron Johnson was amusingly protective over his fiancee Sam Taylor-Wood's baby bump, and Gabourey Sidibe got a warm hug from Jeremy Renner. 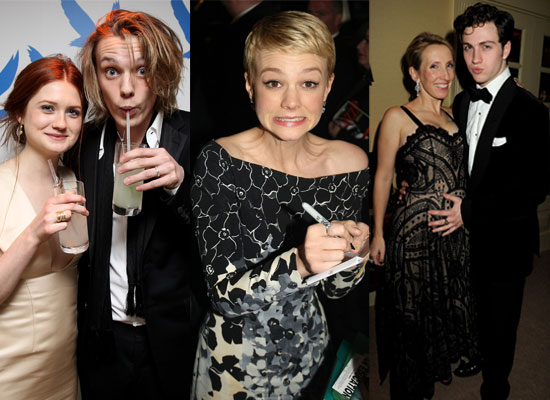