Amanda Seyfried was back to kissing boys as she shared a smooch with Dominic Cooper at Bar Pitti restaurant in Manhattan yesterday, having kissed both Megan Fox and Julianne Moore for recent film roles, much to Dominic's delight. The couple are in New York following their trip to the Toronto Film Festival earlier this month, where they both had films to promote. Amanda managed to combine business with pleasure at lunch, as she dined with Gary Winick, director of her latest film Letters to Juliet, which is due out in the UK on 21 May 2010. It's great to see Amanda and Dominic happy as ever, following the rumours of another woman. With Amanda shooting down rumours about a Mamma Mia! sequel, we'll have to content ourselves with seeing the couple out and about, rather than on screen together. 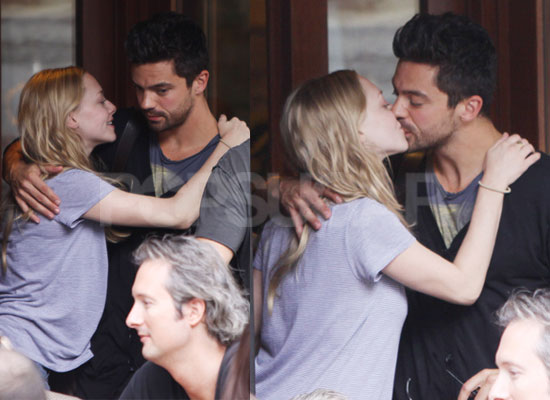 To see more pictures of the lovebirds in New York, just read more.