Amanda Seyfried and Elle cover star Julianne Moore cuddled up for a photocall for their new film Chloe at the London Film Festival yesterday. Amanda stars as the eponymous escort Chloe in the thriller, who is hired by Julianne's character to seduce her husband (played by Liam Neeson) whom she suspects is unfaithful. The female costars share a kiss in the movie, and we'll get to see Amanda's kiss with Megan Fox on our big screens in two weeks, when Jennifer's Body is released. Off-screen, however, Amanda is sticking to kissing boys, as Dominic Cooper has confirmed the couple are "still very much together". Aww. 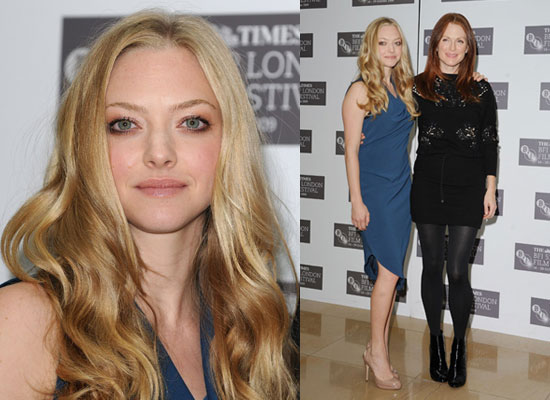