Stars of the big screen were in Canada last night to premiere their movies at the 2009 Toronto Film Festival. Megan Fox, Amanda Seyfried, Adam Brody and Diablo Cody came together for Jennifer's Body. Amanda changed outfits to join boyfriend Dominic Cooper for the premiere of his film An Education, which was also attended by his costars Peter Sarsgaard and Carey Mulligan. InStyle UK's current cover girl Jennifer Connelly and husband Paul Bettany looked totally loved up at the premiere of their film about Charles Darwin, Creation, while Penelope Cruz dazzled in her bright dress at the Broken Embraces premiere. 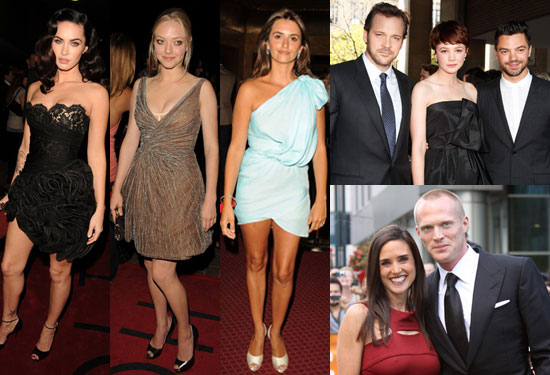 To see loads more pictures of all the stars at the Film Festival, read more.