America Ferrera and Eric Mabius were in London this Easter weekend, filming scenes for the final Ugly Betty in the capital. They filmed at St Paul's Cathedral and at Piccadilly Circus, among other highly recognisable locations. America looked cute in her purple coat while posing for photos with Eric and waiting to film outside St Paul's, and the costars also headed out to Boujis last night to enjoy some down time and party after shooting. Are you sad the series is coming to a close? 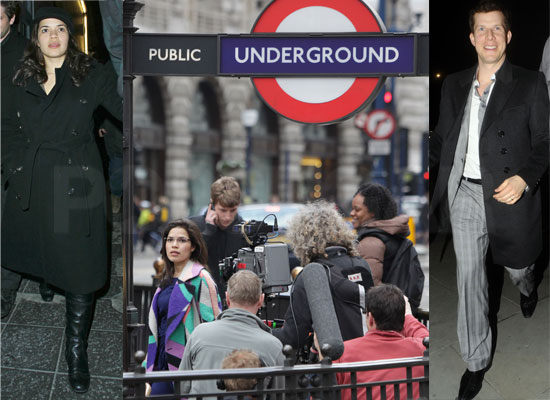