Amy Winehouse pleaded guilty to common assault and disorder at Milton Keynes Magistrates Court today. She was charged with assault on 23 December after she got in an altercation with Richard Pound, the front-of-house manager at Milton Keynes Theatre, on 19 December. She had been asked to move to a box after she disturbed the audience at a pantomime performance of Cinderella by heckling the actors. Dressed in a white shirt and black skirt, Amy was at court today, where she was given a two year conditional discharge and ordered to pay £85 in costs and £100 in compensation to the theatre's front-of-house manager. It looks like Amy could be in the running for another year of being named most scandalous Brit. 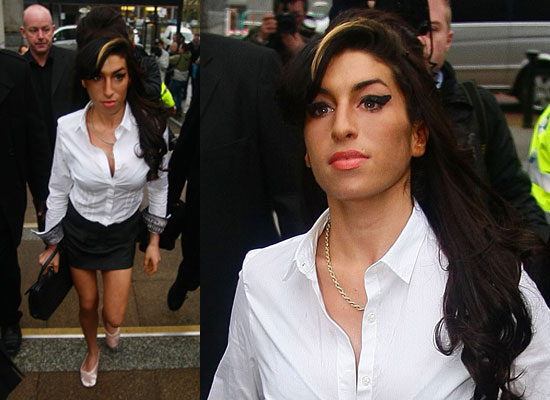