After debuting her new perm at the end of last week, which the majority of you did not like, Amy Winehouse has gone back to the beehive. BellaUK wants to know: which hairstyle do you prefer? Following a day out in London in skinnies and trainers yesterday, Amy changed into her trusty ballet pumps and hair scarf, grabbed a guitar, and headed off to a recording studio in the evening. Music is certainly on Amy's mind as, like Lily Allen, she's been ranting about The X Factor, in particular the judges, launching into a tirade of abuse when a fan rang her doorbell. Here's highlights: 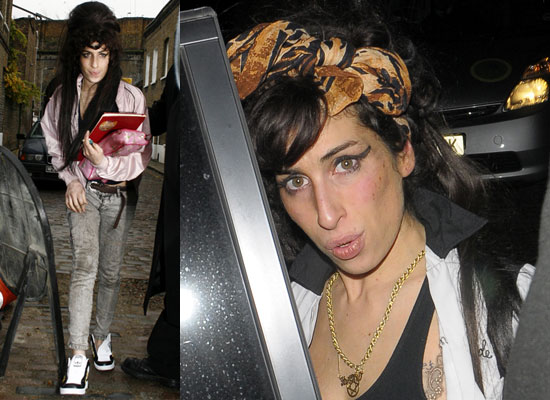 To see what Amy said about Cheryl, Dannii and Diana, read more.

The X Factor certainly seems to be causing a stir this year, right?