Amy Winehouse has only been back on St Lucia for a matter of days, but she's back to her topless antics and already causing a stir. Having gone for more horse rides wearing that bikini top she loves, Amy reportedly stripped off and ran topless through a family hotel in an apparent protest after officials told her she had to cover up on the sand. The singer has also allegedly been smoking banana skins and getting close with her bodyguard. After these latest reports of bizarre behaviour, do you think it's a good idea Amy's back in St Lucia? 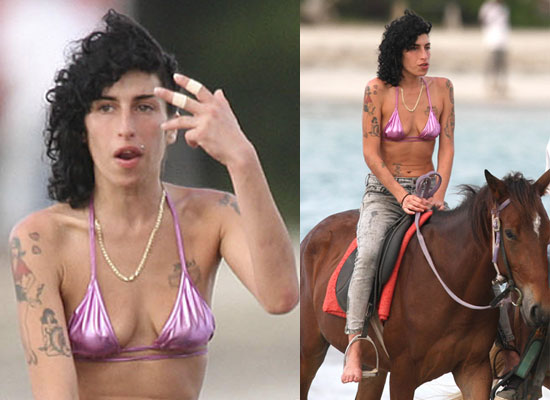