Amy Winehouse is finally leaving St Lucia, which has been her home since December, to return to the UK next week. She'll leave behind her leisurely life of circus tricks and archeological digs in an attempt to get reunite with Blake, who was released from prison yesterday. According to her friends, Amy didn't even know he was being freed and is desperate to get back with Blake, even though he is still planning to go ahead with the divorce, saying: "It’s all going ahead — but I don’t really know what will happen. It’s just nice to be on the outside again. Now I am going to get over my drug habit." Amy's friends have said they are nervous about her returning to London and Blake, and I have to say I agree. 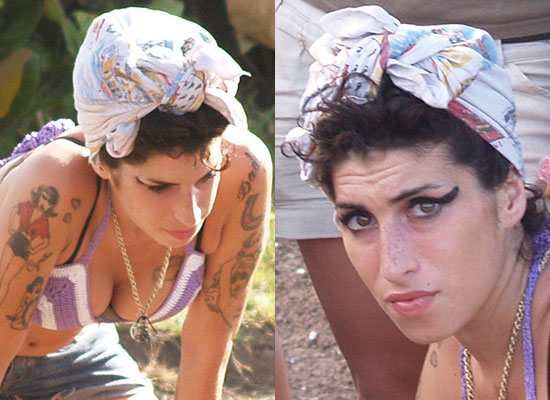