Amy Winehouse went shopping in London yesterday with Dionne Bromfield, and helped her goddaughter stay on her feet when Dionne tripped. The new fashion designer has moved back to London to be near Blake Fielder-Civil, and is already apparently making baby plans. Their rekindled romance has reportedly led to delays with her third album as she has scrapped all of her anti-Blake songs. She's also got competition for the next James Bond theme tune, as Lady GaGa is now in the running to write the track. She got an nice reward for her music recently, however, receiving £55,000 and a re-entry into the US charts after "Rehab" was used in Glee. 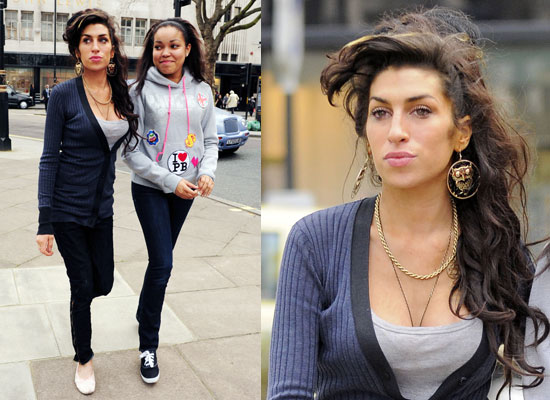