Amy Winehouse was spotted at a hotel in London yesterday where she met with Mark Ronson twice during the evening and night. She's been working at a studio in North London and popped back to the hotel to see Mark a couple of times as they reportedly collaborated on lyrics. The pair fell out after attempting to collaborate on a theme tune for James Bond movie Quantum of Solace, when Mark stated he didn't think she was ready to work on new tracks. They've been working on their friendship since that though as Amy works hard on new music. Are you looking forward to hearing what she comes up with? 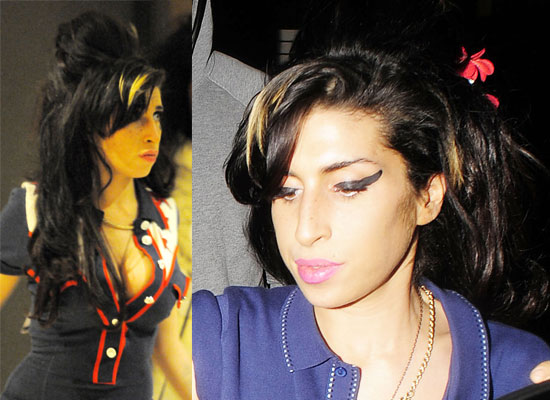