Music stars gathered at London's Grosvenor House this afternoon for the Q Awards. Lily Allen was back in the UK after her Amsterdam gig to pick up Best Track for "The Fear" and she posed with Q Icon Marianne Faithfull. Kasabian picked up Best Album and Sophie Ellis-Bextor joined Holly Johnson to celebrate Frankie Goes To Hollywood's Classic Song win for "Relax". Other older musicians were also recognised, with Spandau Ballet named Q Idol. 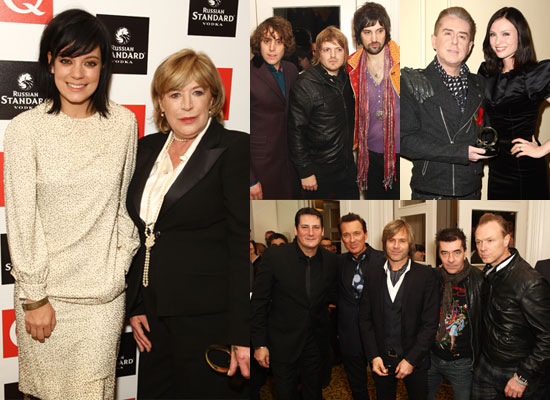 Amy Winehouse showed off her new assets with Goddaughter Dionne Bromfield, and Fearne Cotton, Stereophonics' Kelly Jones and Pixie Lott were amongst the other stars who attended the ceremony, hosted by Al Murray. Winners who collected their awards included Muse, Robert Plant, Yusuf Islam and Sonic Youth. Lady GaGa wasn't there to pick up her Best Video Award, and U2 didn't travel after their California concert to collect their Q Classic Album gong. Remember to vote on FabUK and BellaUK's love it or hate it polls! 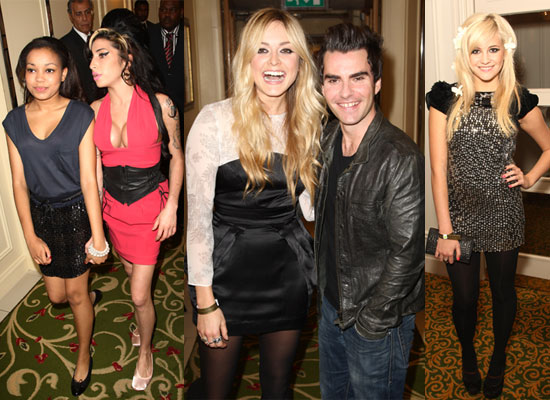