Amy Winehouse looked pretty good as she left the Hard Rock Cafe last night after watching Bat For Lashes perform her must have album. As well as working on her own career, Amy's looking out for her 13-year-old god-daughter Dionne Bromfield, and has reportedly banned Pete Doherty from performing a duet with Dionne because she believes Pete would be a bad influence. Amy is getting help from Mark Ronson with her own album, and could also team up with Jay-Z. He remixed "Rehab" to help launch Amy in the US, and has now said: "Amy has a really powerful voice, it is so distinctive and beautiful. Hopefully in the future we could get together and work on some new material – I’d love to work with her again." Watch this space! 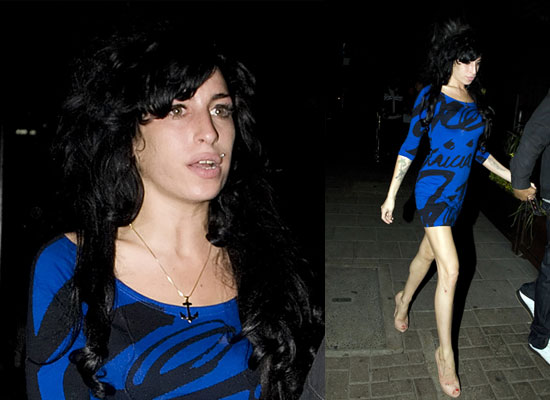