Amy Winehouse is still in St Lucia, and it appears she's been through all the clothes she packed and is buying up some local souvenirs, including the t-shirt she's customised to wear! She's apparently moved to a more private villa with a holidaymaker named Andrew, who is a fitness instructor. She's definitely been living it up on holiday as it's reported she spent £10,000 on a single night out where she treated at least thirty people to food and drink! Perhaps she's taking her mind off her impending divorce from Blake Fielder-Civil, where it appears he's going to use a six page love letter written on pink paper in his case to win some of her fortune. 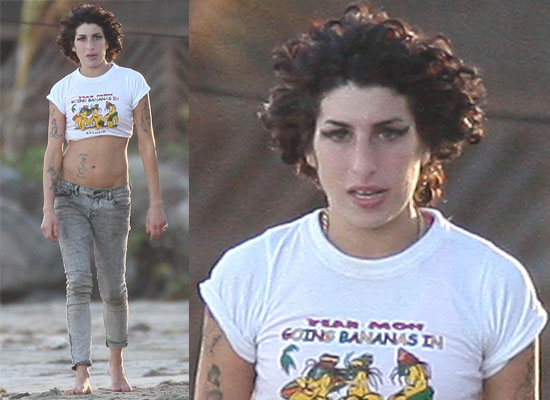