A selection of British stars based in Los Angeles attended the champagne launch of BritWeek 2009 at the British Consul General's official residence in LA last night. The English celebrities will have been able to toast St George's Day together, and chat about what they love about Blighty. Lucy Davis revealed that her fitness routine includes British classics like the Jane Fonda workout, saying: "It makes me roar with laughter and that's why it's good". FHM's ninth sexiest woman Anna Friel attended with her partner, English actor David Thewlis, and told reporters she'd be happy to do a zombie film version of Pushing Daisies. Kenneth Branagh, Eric Idol and Lost's Naveen Andrews were amongst the other stars from the British Isles. 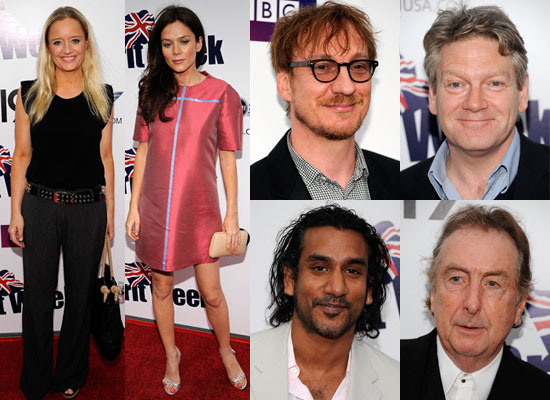