Alexa Chung and her man Alex Turner took a stroll in New York city yesterday after Alex flew in to spend some time in his girlfriend's temporary home, while she films It's On with Alexa Chung for MTV. While Alex's new single from the third Arctic Monkeys album Humbug has premiered in the UK, he went incognito in shades as he wandered around town and Alexa took off all the makeup she wears for the TV cameras, letting her skin breathe by going barefaced. Get her casual look with Fab UK! They certainly look relaxed and happy together still, are you glad to see this twosome are still going strong? 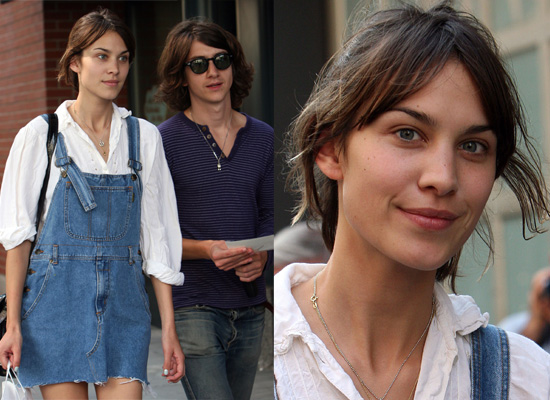