Eastenders was the big winner at the Inside Soap Awards last night, taking home seven of the gongs including Best Soap! Lacey Turner won the Best Actress award for the third year in a row, while the soap also took the Best Bitch and Best Bad Boy awards for Charlie Brooks and Larry Lamb, whose award was presented by his son George. Coronation Street also did very well, taking home five awards including Sexiest Female for Michelle Keegan and Best Young Actor for little Alex Bain! Hollyoaks and The Bill also took home an award each, while Emmerdale was left with nothing. Kara Tointon won the best dressed award, while three of the stars all turned up in similar black sequinned dresses — Ali Bastian, Brooke Kinsella and Loose Women's Sherrie Hewson sparkled last night. Check out their looks with FabUK! 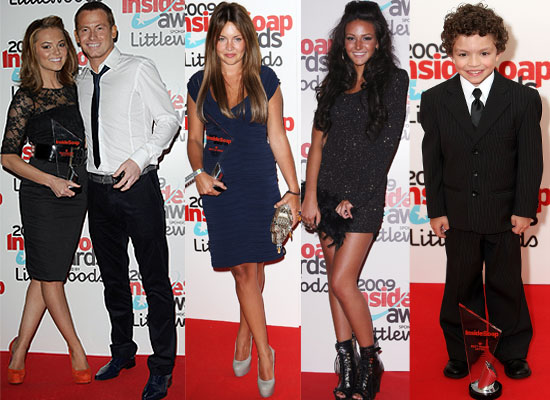 To see more photos from the Inside Soap Awards, as well as the full list of winners, just read more.