Ashley Greene wore a red trouser suit as she arrived at the Ed Sullivan Theater in New York City last night for her appearance on Late Show With David Letterman. With New Moon finally released, the cast are starting to wind down, but Ashley's still doing the final rounds of screenings and TV appearances. She has revealed her fitness and diet secrets for the film, and rumours of a secret romance are now doing the rounds. Ashley was apparently spotted with Kings of Leon's Jared Followill "holding hands and making out" at his recent birthday party in NYC. If you can't get enough of Ashley then you'll be pleased to hear we'll get to see her on our own shores, as she is heading to London in a few months to film The Apparition. 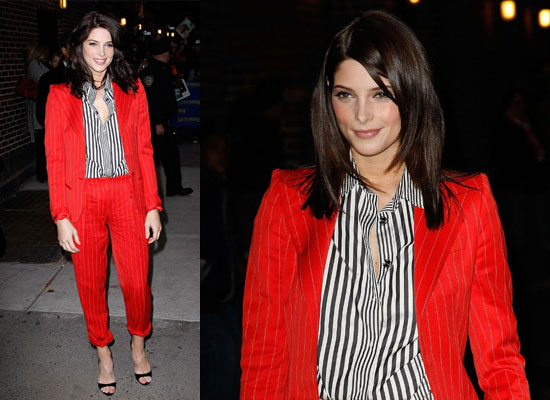 Remember to check out my interviews with the cast and review of New Moon!