Ashley Greene kept covered up in the Californian sunshine yesterday as she walked in LA wearing some high waisted jeans and a vest top with a zip print all over it. While her daring body paint bikini ad showed off her super-hot bod, Ashley hasn't been making any awards show appearances with her Twilight gang costars. Kellan Lutz and Taylor Lautner appeared at the People's Choice Awards and Taylor will also be attending the Golden Globes this weekend, where Anna Kendrick will also be walking the red carpet thanks to her award nomination for Up in the Air. Exciting! 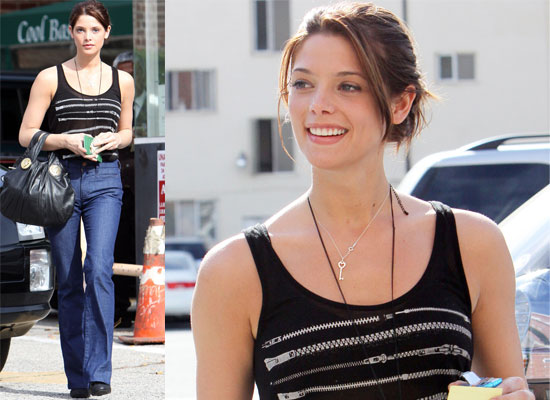