Gorgeous Brit actors Hugh Dancy and Ben Whishaw are starring in an Off Broadway theatre production of The Pride from January 27, and the two met the press yesterday and posed with their castmates. Hugh says he's been learning lines anywhere he can, including in bed, which he shares with his wife Claire Danes! Ben's been trying to get to grips with Manhattan, and also the play, which deals with sexual politics and sexual identity and is set in both 1958 and 2008. Lucky New Yorkers getting two Brit hunks for the price of a theatre ticket! 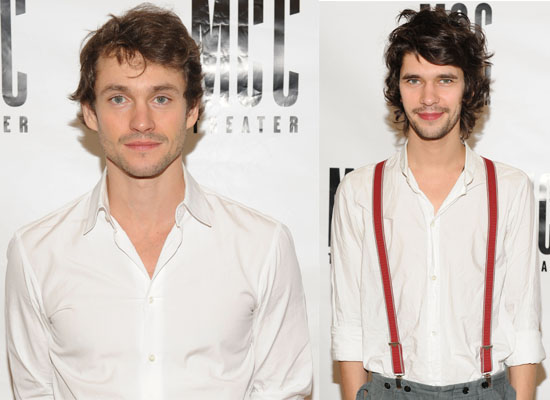