Big Brother 9's Rebecca Shiner and Luke Marsden have taken their relationship to the next level by moving in to a new place together in North London this week. After struggling with boxes filled with toys, in true Luke and Bex style they engaged in role reversal with Bex carrying her beau over the threshold! It's no wonder their grins are so big, as their happy personal life is being matched by their professional prospects. The Daily Star reports the pair will be hosting a concert in Blackpool for this year's Children in Need to be broadcast live on the BBC in November. Luke has said: "I’m not sure what will happen with Bex, but it’ll be fun". It certainly looks that way. 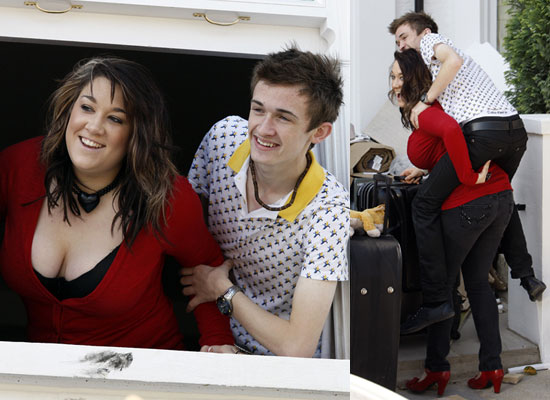