Big Brother hunks Stuart Pilkington and Dale Howard are continuing to party together at every opportunity, and even matched their tops for the Ann Summers Enchantment Collection Launch Party at London's Baccarat Room last night. Aww. Both lads have got calendars and grooming products in the pipeline, but I wonder if Stuart fancies a music career, as he was spotted singing with The X Factor's Rachel recently! The boys were joined by fellow BB alumni Sam and Amanda Marchant and Aisleyne Horgan-Wallace, as well as Dale's regular companion, Shipwrecked's Naomi Millbank-Smith. Jaime Winstone was also in attendance with her sister, Lois, who is the new face of the lingerie brand. Looks like a rather lovely lingerie launch. 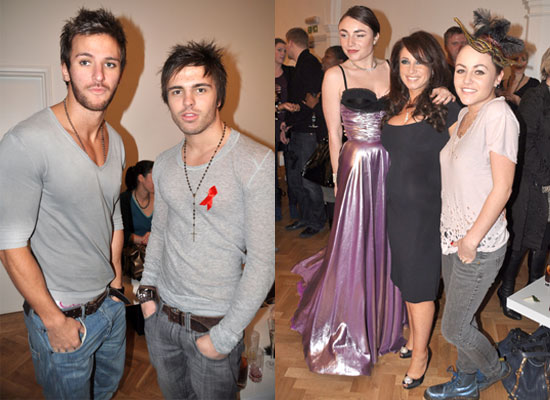