While Blake Fielder-Civil was busy at the Court of Appeal yesterday, Amy Winehouse was taken to hospital after collapsing with a "seizure". The Sun reports her collapse was caused by a drink and drugs binge, following a screaming row with Blake over the phone during the weekend, but while Amy's spokesman has confirmed she was taken to hospital, he says she had "a bad reaction to the combination of medication". Meanwhile, Blake lost his appeal for a reduction in his jail sentence. He was released from prison three weeks ago, but had to check into rehab immediately as part of the conditions for his early release. On leaving court, Blake said: "I am disappointed but not really surprised", and he also said of Amy: "I’m in love with her". This follows reports that Amy's admitted her marriage is over. These two continue to worry me. 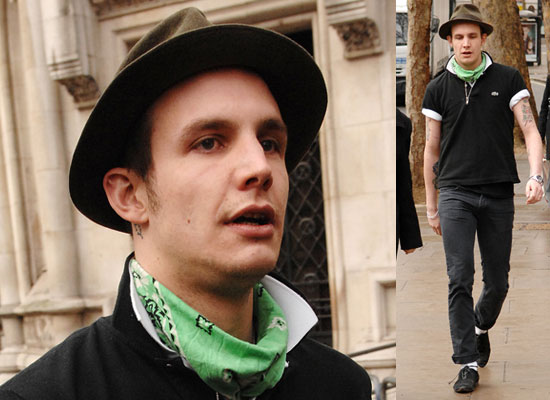