The Gossip Girl cast were filming in New York City yesterday as they continue to shoot scenes for season three, which is returning to our screens in the UK next month! Chace Crawford and Penn Badgley filmed a scene together after being spruced up and getting changed out of their casual clothes in their trailers, while Blake Lively filmed a scene with Billy Baldwin. She changed out of her big quilted coat after rehearsing their scenes and put on a gorgeous one — looks like FabUK will have lots of stylish clothes to keep her eye on during the second half of this series! 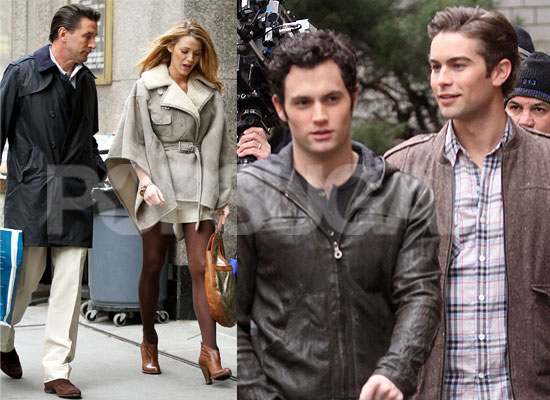