Leighton Meester and Blake Lively faced some very cold conditions as they filmed Gossip Girl in New York City this weekend. Leighton missed out on performing her song with Cobra Starship — "Good Girls Go Bad" — at the People's Choice Awards last week, being replaced by Nicole Scherzinger. With the TV show, the music, and a new film in the works, she just can't be everywhere at once! Meanwhile Blake Lively has been named as the female lead in the new Green Lantern movie — let's hope the girls keep time free for more Gossip! 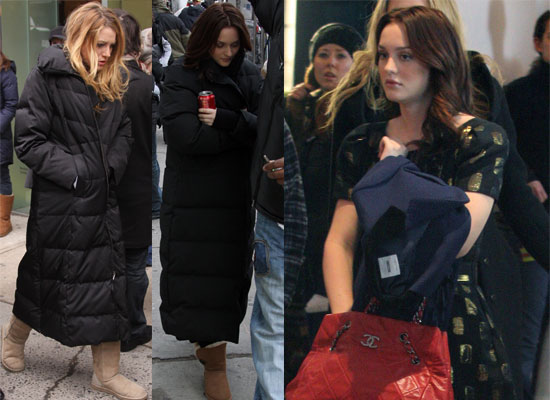